Nigerian cross dresser, Idris Okuneye aka Bobrisky has debunked viral online reports on his death. The ‘male barbie’ known to come after trolls depicting negativity around him has taken to his Instagram page to share a photo of himself at a social function yesterday.

Stating that he is alive and well, Bobrisky also said that anybody that’s wishing him death will die first. He added that he would honor the person by attending his/her funeral and slay in a black attire. 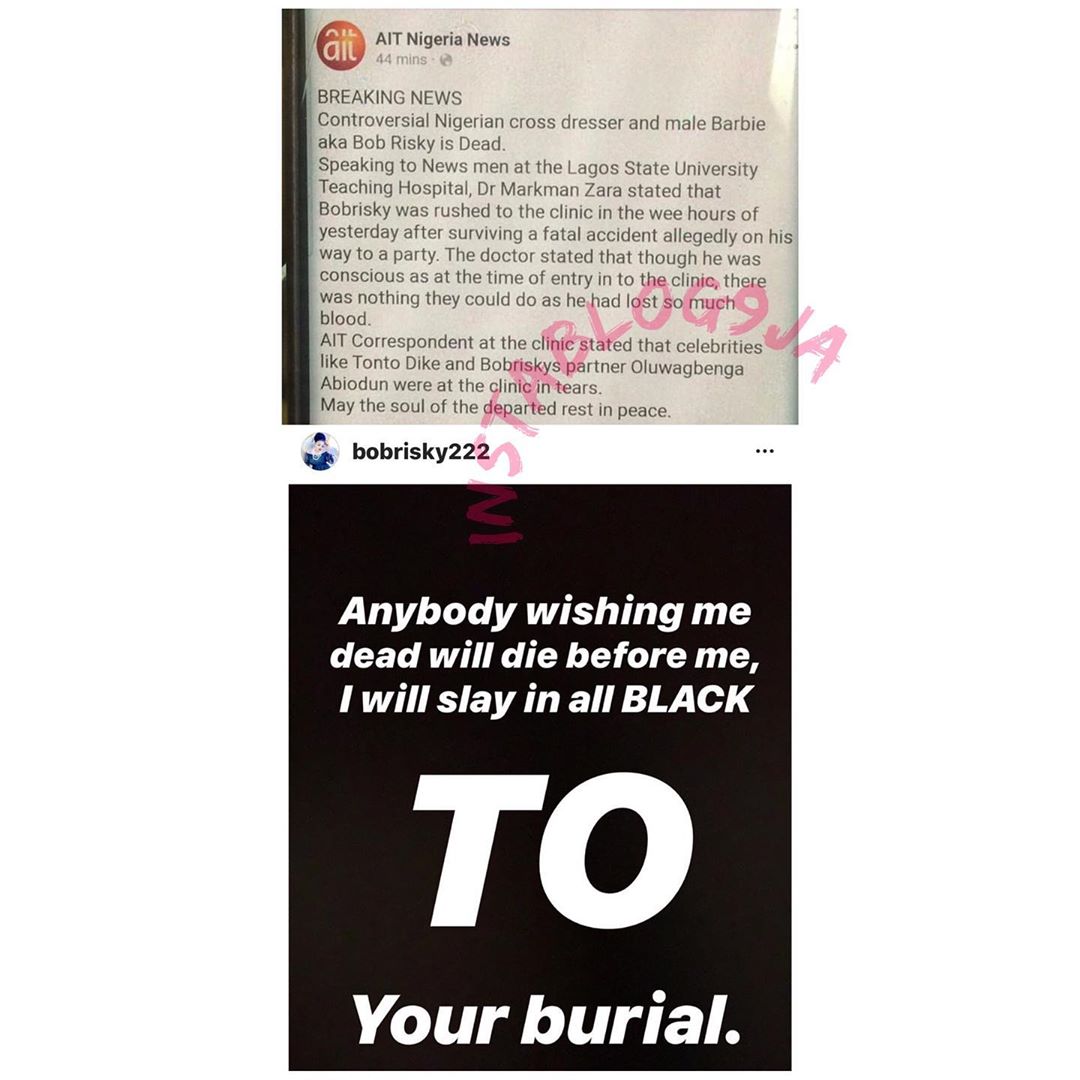 “Una go hustle tire, my crown is for no one” – Bobrisky tells other crossdressers

“I’m ovulating right now, I don’t want to get pregnant”- Bobrisky cries out