Controversial Nigerian actress, Etinosa Idemudia has taken to her Instagram account to advise people to free themselves from mental slavery.

Recall that the actress made headline after she was spotted in a live video smoking and also using the bible as her ashtray. She also threatened to mess up the Quran.

Following the criticism she received because of her actions, the actress stated that she only fears God and God is never confined to a textbook. The actress also demanded money to carry out her threat on messing up the Quaran, saying she no longer wants to give bloggers free content. 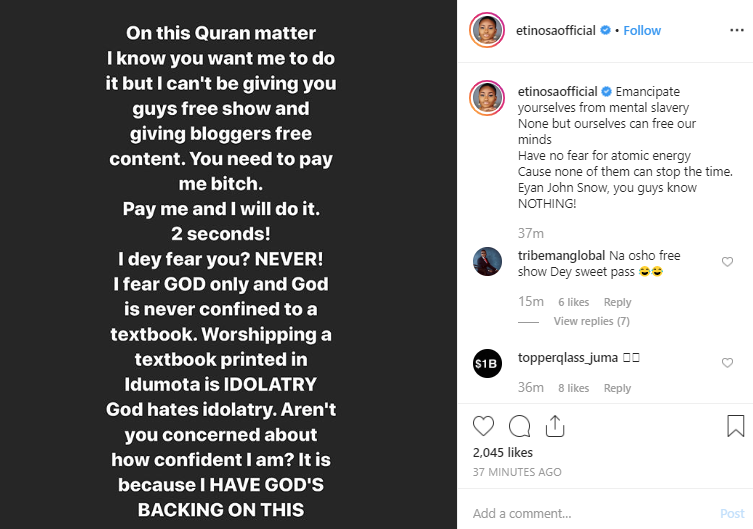