In a video posted online, the loving couple is seen at a restaurant in London, as the popular musician goes on one knee to propose to his girlfriend. Following the happy event, Davido took to his Instagram account to show off Chioma’s massive ring in a video.

The proposal is coming exactly 10 days after the couple’s families had an introduction in Lagos, Nigeria.

Responding to Davido’s proposal, Chioma said, “I love you @davidoofficial (You didn’t even let me wax yet 😭🤣)” 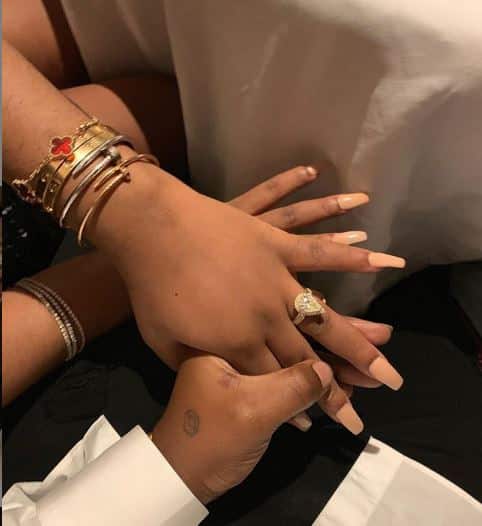 Davido has been dating Chioma for over five years… In 2018 they broke the internet when he bought her a brand new porsche SUV to celebrate her 23rd birthday. The pair have since become an item on the entertainment scene with Davido putting her on a track in his forthcoming album titled ‘A Good Time’.

Peruzzi- “Nothing can break my relationship with Davido”