Dwayne Johnson popularly known as “the rock” has revealed that he and longtime girlfriend, singer Lauren Hashian, tied the knot Sunday in Hawaii.

Sharing beautiful photos from their wedding on his Instagram page, the former wrestler wrote: 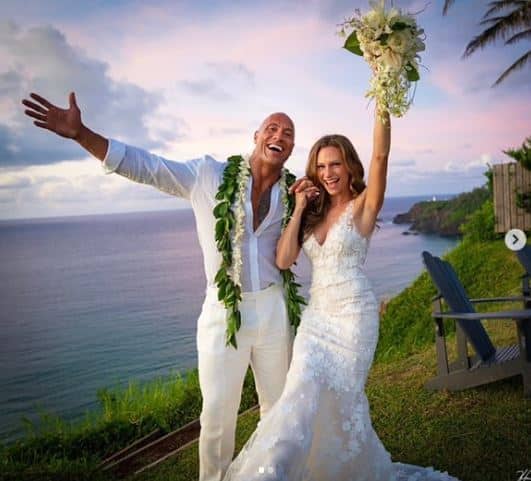 The pair have two children together: Jasmine Lia, 3, and Tiana Gia, 1. Johnson also has an 18-year-old daughter, Simone Alexandra Johnson, from his previous marriage to Dany Garcia, which ended in 2007, though the two remain friends.