Teni in a post on her Instagram before the match on Tuesday predicted that Liverpool would score 4 goals to defeat Barcelona in the Champions League semi-final second leg encounter at Anfield.

“Victory tonight!! LIVERPOOL 4 BARCA 0, what are your predictions?”

Her colleague, DJ Neptune, however, dismissed her prediction, saying: “when is not handball.”

Her prediction came to pass as Jürgen Klopp’s men won 4-0 on Tuesday night to qualify for the final state of the Champions League.

Divock Origi and Gini Wijnaldum both scored twice as the Reds made it into their second successive final in the Champions League.

Her post has since stirred reactions from celebrities after the match.

See some of the comments below: 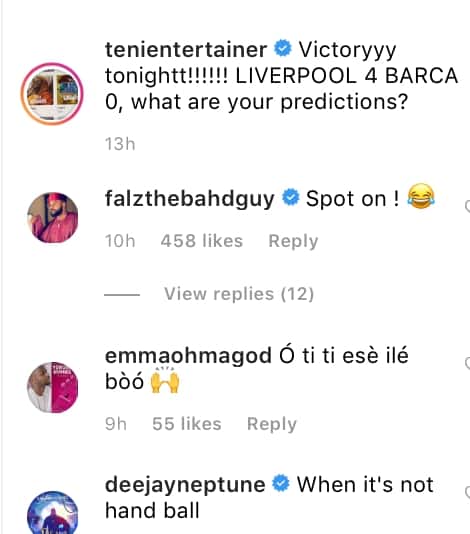 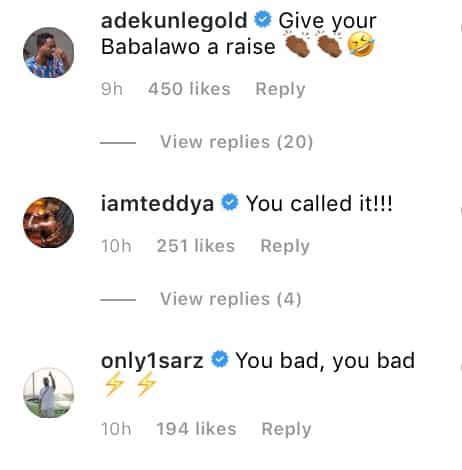 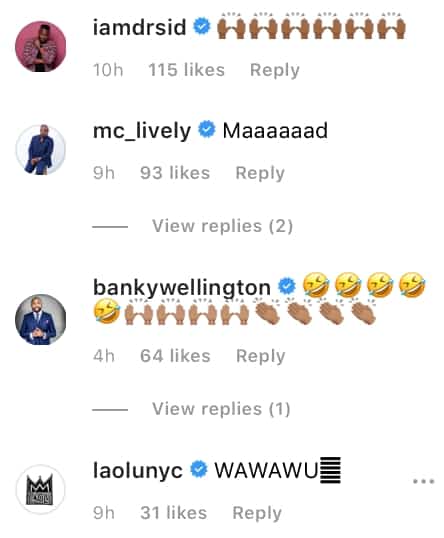 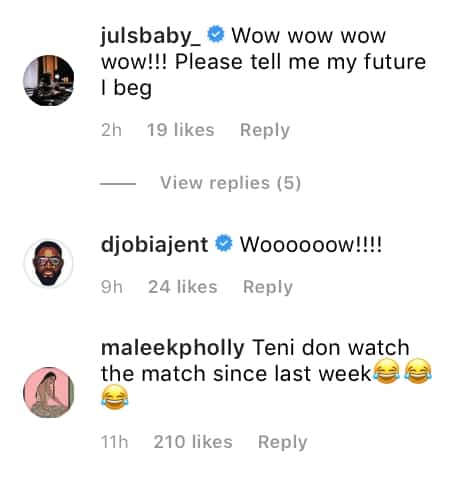